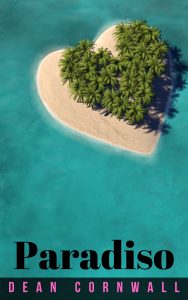 Nick Dante has had to figure out a lot about his own sexuality in the last few months. Coming to terms with having a boyfriend for the first time in his life hasn’t been easy.

But a short break at the Hotel Paradiso brings problems of its own, with feelings of jealousy and inadequacy spiraling as his boyfriend attracts the attentions of another male guest.

Will Nick let his own self-doubt ruin this chance at happiness?

This short story takes place just a few months after the end of my book, Flip Turn. You don’t need to read Flip Turn to enjoy Paradiso.