Are sex scenes necessary? I think so. But also, who cares if they’re necessary so long as they’re fun? 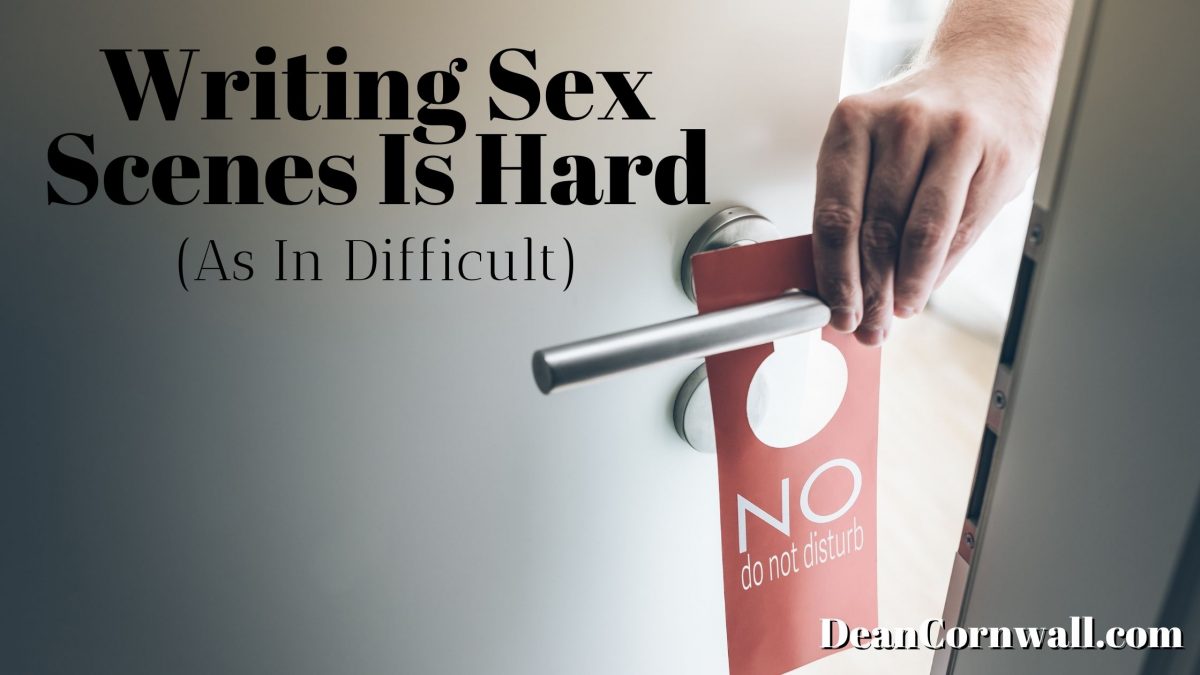 For as long as there are people writing stories about other people, those characters are going to have sex. That’s a fact.

They got a lot of backlash.

Personally I totally disagree with their opinion. I think sex scenes can be necessary and often are. What’s more, one person’s idea of what’s necessary isn’t going to be what everyone else thinks is necessary. That’s the way of the world. And if you’re going to cut out every scene that’s not strictly necessary, you’re going to need to do a lot of pruning, right?

I mean, if you don’t like sex scenes, that’s absolutely fine. Avoid books that have them, or authors that often write them. But just don’t try to make that a rule for everyone to follow.

The thing is, for as long as there are people writing stories about other people, those characters are going to have sex.

Like it or not, it’s going to happen anyway. Characters have sex in all kinds of genres, and even when they don’t it’s implied that they do, or we can assume that they have or will in the past or future. That’s the same across age groups and themes. Pretending otherwise is just burying your head in the sand.

So, the only question that remains is whether the book cuts away, leaving the characters to have sex “off screen” or whether we get to watch.

I’m going to level with you: I find sex scenes really hard to write.

As a romance writer, this question will probably never go away, because romance characters have sex at probably the highest frequency of any genre. After all, adults in adult relationships do frequently have sex as a part of that relationship. Obviously, it’s possible to write a romance without any, but even if/when you do I think most of your readers will assume that the characters are going at it at some future point unless you explicitly state otherwise.

Today, as I’m writing this blog post, I’m particularly thinking about the sex scene I in the middle of writing in my current (Christmas themed) romance. I’m going to level with you: I find sex scenes really hard to write. I have no idea how erotica authors do this on the regular. Maybe that’s partly a “me” problem, but I also know that most (if not all) authors have the same issue. To be clear: it’s not the mechanics of the thing that are particularly difficult. But making it fun and interesting, as opposed to a list of actions? That’s the tricky part.

It’s supposed to be fun, interesting and entertaining.

And in the end, that’s really what we want from a sex scene, right? Just the same as we do from any scene in a book: it’s supposed to be fun, interesting and entertaining. If we discover something about the main characters in the middle of the throes of passion, all the better, but those “unnecessary” sex scenes, if they’re fun, are still a valid part of the book. Personally, if the sex scene is entertaining I’ll forgive it not having any deeper meaning.

So what do you think? Would you stop reading romance by an author who always shies away from those scenes? Or would you embrace it? Do you prefer your romances to be chaste and cute and wholesome, or sexy as hell?